Loyola is only one win away from an automatic bid to the NCAA Tournament for the first time since 2002 after a 62-54 win over Bradley on Saturday afternoon. The Ramblers will face Illinois State on Sunday at 1:00 p.m. on CBS television to decide the MVC tournament championship.

Illinois State advanced to the Arch Madness final with a 76-68 overtime win over Southern Illinois in the evening game on Saturday, just a couple hours after the Ramblers secured their spot in the final. After ending regulation knotted up at 56-all, the Redbirds scored 20 points in the five minute overtime (exactly as many as in the 20-minute 2nd half) to secure the victory.

Phil Fayne, the athletic 6’9” forward, scored 26 points in the game while four other players (Malik Yarborough, Keyshawn Evans, William Tinsley, and Matt Hein) added double-digit points. Illinois State took 37 shots from the free-throw line and made 27 of them. ISU shot only 36.4% from the field in the game, but the 27 freebies and a 47-35 rebounding advantage pulled the Redbirds over the finish line.

Loyola reached the final behind timely scoring, particularly from Marques Townes (12 points) and Clayton Custer (12 points). Townes hit a big three pointer with 1:25 remaining to give the Ramblers a cushion after a long scoring drought by both teams. Lucas Williamson and Ben Richardson also hit some timely shots down the stretch to secure the win for Loyola.

The Ramblers and Illinois State have played two games this season with the Ramblers coming out on top each time. In fact, Loyola and ISU scored the same exact number of points in the first and second halves both times, with the identical 68-61 final score.

ISU has been turning it on at the end of the year now that their full complement of players has returned from illness and injury. And young players like Matt Hein (12 points on Saturday) and William Tinsley (14 points on Saturday, 12.1 points per game over his last eight contests) have been finding more consistency and confidence on the offensive end.

Loyola hasn’t looked great in their first two games at Arch Madness, but they’ve shown themselves to be a savvy, experienced and persistent bunch. One key component of the Arch Madness experience is that each game usually represents the end of the career of several players. However, Illinois State doesn’t have a single senior on their team. Hopefully the Ramblers will play well enough to make a dream come true for several seniors: Ben Richardson, Donte Ingram, Aundre Jackson, Carson Shanks, and Nick DiNardi would love to be part of Loyola’s first NCAA Tournament bid since 1985. The Redbirds haven’t been to the NCAA Tournament since 1998.

It’s been one day shy of 16 years since Loyola was this close to an NCAA Tournament bid. On March 5, 2002, UIC defeated Loyola 76-75 in overtime in Cleveland at the 2002 Horizon League Tournament. Loyola last won a conference tournament in 1985, when Loyola beat host Oral Roberts in the Midwestern City Conference tournament final in Tulsa, but the Ramblers likely would have received an at large bid that season if they’d come up short in the tournament final. Loyola was a 4 seed in the 1985 NCAA Tournament and advance to the Sweet 16.

Both teams have a lot on the line Sunday.

Was there a five-year plan? Because if there was a plan for what Rambler fans will experience at Gentile Arena on Saturday, that was one helluva plan– a plan that came off better than almost anyone imagined.

Five years ago today, Loyola was winding up another sub-par season in the Horizon League, a conference that had recently lost its best program. Amid the chaos of conference re-organization, Loyola jumped at the chance to say goodbye to the Horizon, a league Loyola co-founded but had changed drastically and sometimes with hostility, around them. The MVC was a great match for a Loyola program committed at the highest level to applying the resources and effort to improvement to its athletic program. There was fierce skepticism from a lot of quarters in the MVC. But five years later, the Ramblers have achieved benchmarks of success in college basketball that they haven’t seen since the mid-1980s.

The culmination of Loyola’s rise from the lower quadrant of the Horizon to the top of America’s best mid-major conference happens Saturday afternoon. It will be broadcast nationally on ESPN2, showing a championship team playing in front of a sold-out crowd, against an in-state rival, led by a player of the year candidate, and Loyola looking for their 25th regular season win.

It’s also Senior Day at Loyola, with Ben Richardson, Donte Ingram, Aundre Jackson, Nick DiNardi and Carson Shanks being recognized for their accomplishments and contributions to men’s basketball at Loyola. In the case of Richardson and Ingram, the two four-year players have seen a CBI Championship in their freshman year, 81 wins against 49 losses thus far, two MTE titles, an MVC Regular Season Conference Championship, and whatever comes as a result of a 2017-18 postseason that is now guaranteed. The 81 wins are the highest number of wins for four-year players at Loyola since Alfredrick Hughes, Andre Battle and Greg Williams racked up 83 wins from 1981-1985. 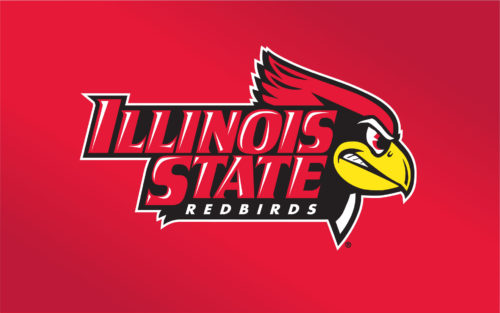 Loyola faces off against last season’s #1 seed from Arch Madness, the Illinois State Redbirds. After losing prodigious talents from their 2016-17 squad, the Redbirds have been very competitive with four new starters and not a single senior on the team—something that’s not very easy to do. Injuries have taken a toll on the ‘birds, with only one player playing in every one of their games.

Malik Yarbrough is a point forward who causes matchup problems for teams that aren’t prepared or athletic enough to limit his wide array of abilities. Yarbrough, who transferred to his father’s alma mater from St. Louis University, shows up near the top of the league’s points, rebounds, assists, and free throw leaders. He’s a great player, and worthy of POTY consideration, but he has weaknesses—a propensity to take unwise threes (he shoots only 29% behind the arc), getting into foul trouble (9 games with 4 or more fouls), and making a lot of turnovers (His 107 turnovers leads the league by 19 over next highest). When he’s taken out of the scoring mix, the Redbirds struggle—ISU is 13-3 when Yarbrough scores 15 points or more, and they’re 2-10 when he scores 14 or less.

One other factor that Illinois State really relies upon to win is defending against the three. In games where the opposition shoots 30% or better on three pointers, the Redbirds are 3-11. In games where opponents shoot threes at less than 30%, they’re 13-2.

In their last matchup on Jan. 10 at Redbird Arena, Loyola got their first win in Normal since joining the MVC, 68-61. Loyola’s bench was the star of the game, with Aundre Jackson leading all scorers with 15 off the bench, Bruno Skokna adding 11, and Lucas Williamson scoring six. The Ramblers forced 18 turnovers, including 9 from Yarbrough, who was limited to just 13 points by a stifling defense. Loyola had some problems with ISU’s zone defense, which helped ISU climb back to take a 1-point lead with less than eight minutes to play, but the Ramblers responded with a 12-2 run and built their lead to 11 while coasting to the buzzer.

As this year’s #1 conference tournament seed meets last year’s #1 on national television, it’s important to note what happened to Illinois State last year. Undoubtedly, there will likely be a lot of talk on the broadcast about the fate of the 2016-17 Redbirds, and what Loyola (or maybe the NCAA Tournament Committee) can do to keep Loyola from experiencing the same fate as the Redbirds if they have an off day in St. Louis.

Hopefully the tournament committee members watching will take notice when ESPN 2 shows the graphic that Loyola was 2-3 in games played without the likely MVC Player of the Year, and 22-2 when Custer played. Maybe there will also be graphics that show the Ramblers have the 2nd highest team field goal percentage in college basketball; that NC State bowed out from playing the Ramblers in Chicago, in what would have been a boost to schedule strength and a chance at another Tier 1 win; that Loyola still has an RPI at 32 despite their two worst losses coming during Clayton Custer’s injury; and that the Ramblers currently have a .500 record against both Tier 1 and Tier 2 opponents.